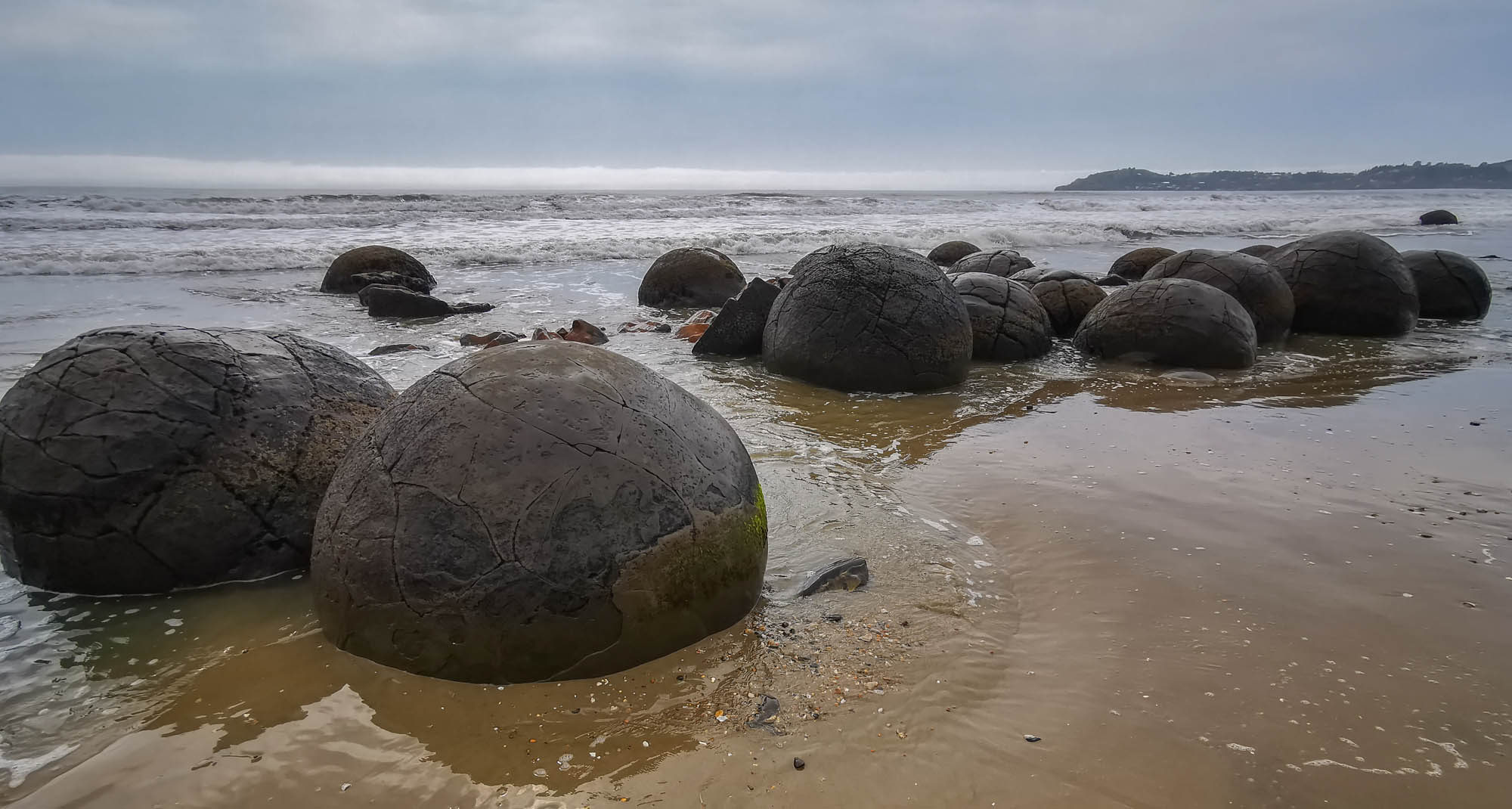 I drive to the nearby Moeraki Boulders. With yesterday’s visit to the Toitū Otago Settlers Museum and the displayed Commodore C64, it reminds me of the game Boulder Dash. Here, one is collecting diamonds while avoiding getting hit by such round boulders or diamonds (and butterflies as I recall). The largest boulders are roughly 3m in diameter and all of them are located within 100m of each other.

The tour now goes towards Mount Cook National Park which is towards north-west, in the center of the island. The last part of the drive is very nice with mountains and lakes. There are also several dams along the road where I stop by a couple of them.

I arrive to the extra-ordinary light-turquoise colored Lake Pukaki. The peak of Mt. Cook is covered in clouds, but there is a view to other nearby mountain peaks. It’s quite windy at this lake, and many tourists stop by for taking photos and buying a piece of salmon – so do I. I park at a nearby Freedom site in lee of the strong wind.

A lady has just bought an old camper a week ago, and now it will not start. My limited car-skills are not able to get the car started, so she calls an agency. They arrive shortly after, and apparently the trick was to keep the speeder down while keeping the ignition on for a while. I have my dinner next to two German friends who also have been travelling for several weeks – we have a really nice view to the sunset and lake, but no clear view to Mount Cook.

Engineer on a travel adventure

Get all latest content delivered to your email a few times a month.