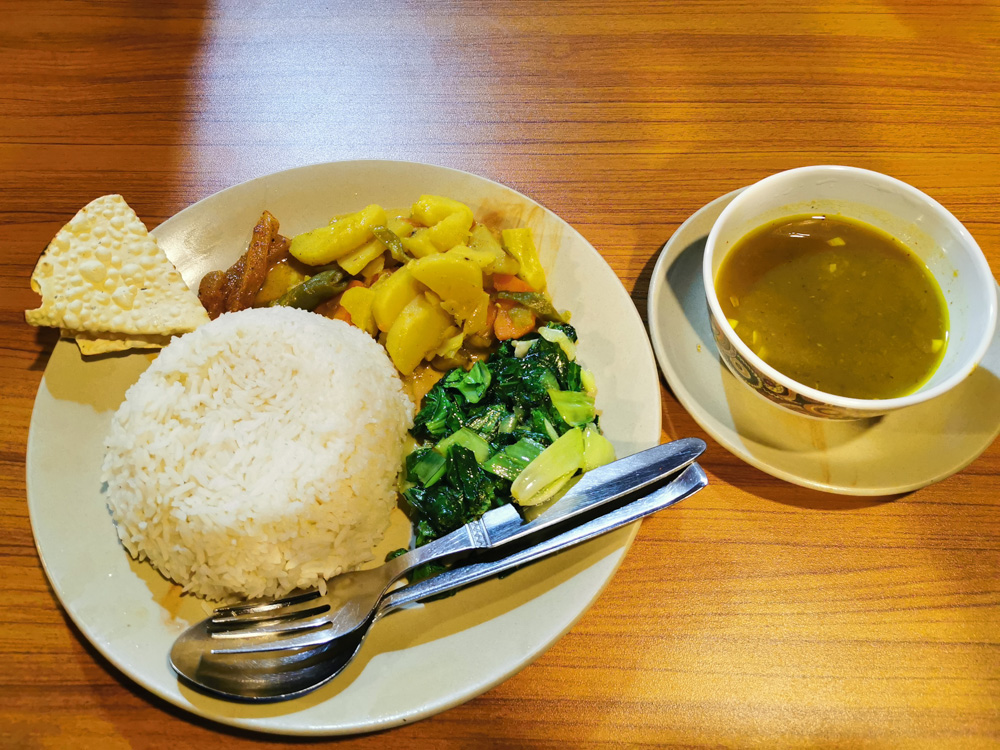 We stayed at lodges/te houses/hotels throughout the trek. Probably not any stars, but often with a very good view and placed conveniently close to the trek.

The rooms were fine with beds, pillow and quilts. Although limited/none insulation are used, it was sufficient for me to use the liner sleeping bag along with base layer and socks – so no need for the rented sleeping back which could go down to -20degC. Another from the group did also not use the sleeping bag but others were happy having it.

There were also regular toilets (some you need to flush manually with a barrel of water next to) and possibility for hot showers up until and including Lobuche.

The dining halls were cozy, and full of trekkers from different groups all in their pursuit for the base camp. We stayed here as a group when we arrived from the treks, often playing cards and dices and taking about today’s trek and informed about tomorrows.

The food was ordered upfront i.e. when having breakfast, we ordered lunch for the next place, so it was ready when we arrived. The local guides made sure the food was distributed (in the beginning a bit chaotic until they started to know our names) from the kitchen to our seats. Likewise, they also took orders for drinks, removed plates etc.

It was more or like the same menu card on all lodges – in the beginning quite interesting, but in the end many things started tasting the same, and we generally avoided meat to reduce risks of stomach problems. All in all, a good experience with these lodges!

Engineer on a travel adventure

Get all latest content delivered to your email a few times a month.